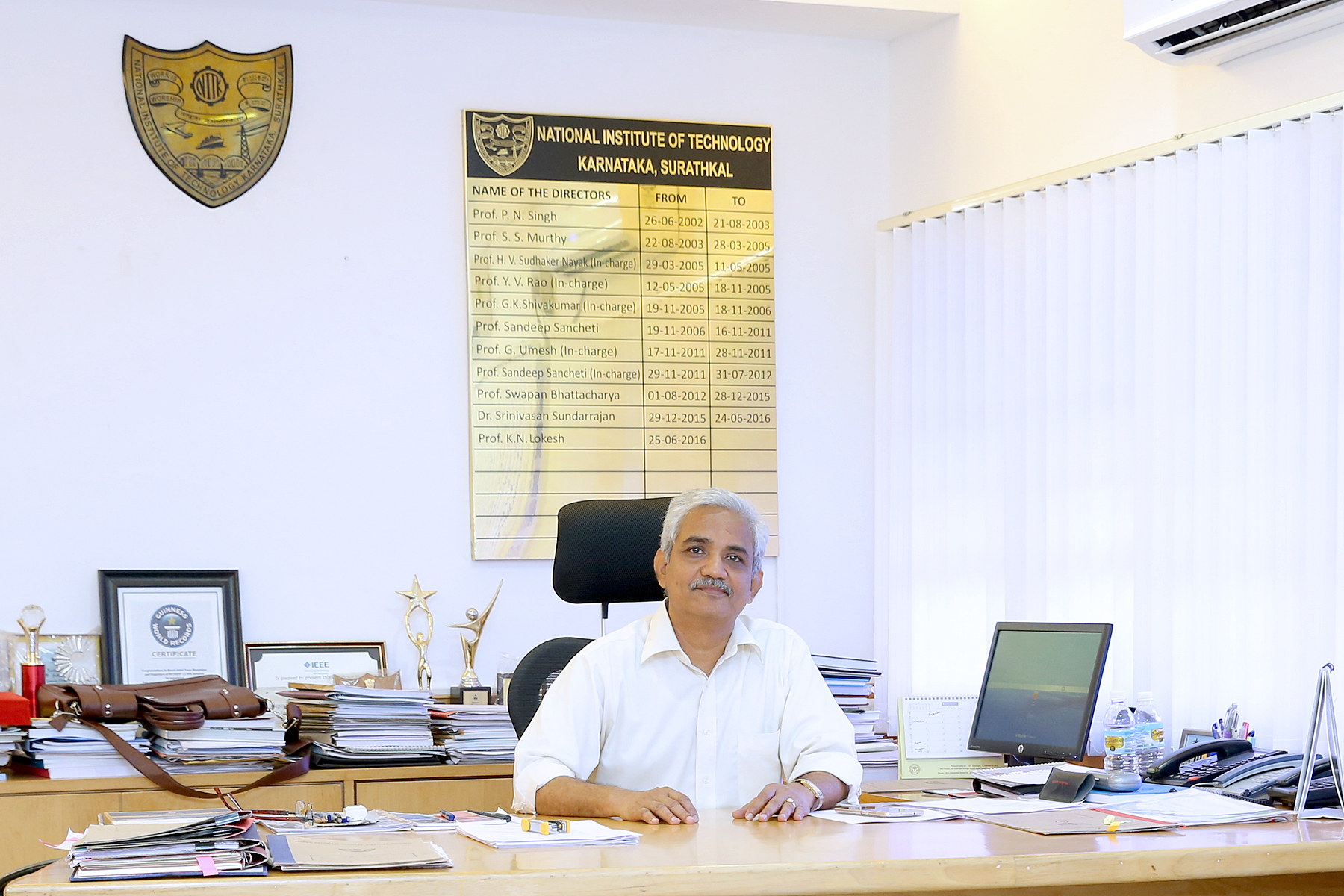 Prof. Uma Maheshwar Rao Karanam has graduated in Mining Engineering from Osmania University, Hyderabad in the year 1983. After working in various mining industries for a total period of around 3 years, he joined Indian Institute of Technology Banaras Hindu University (IT-BHU) for a Masters in engineering program. He acquired his M-Tech in Mining Engineering in 1987, and was the topper of the class with a CGPA of 9.38 on 10.

Prof. Rao started his teaching career as a Lecturer in Mining Engineering at the then Regional Engineering College, Surathkal, DK, Karnataka during 1987-89. Later in the year 1989 he joined Indian Institute of Technology, Kharagpur in the Department of Mining Engineering as a Lecturer. He obtained his Ph.D in the field of Rock Mechanics from IIT Kharagpur. With a steady growth from lecturer he became a full Professor in 2004.As a Professor Dr.Rao had served IIT Kharagpur at various administrative positions. Some of important portfolios were as the Chairman Estate, and vice-chairman Joint Entrance Exam (JEE). Prof. Rao was the Head of the Mining Engineering Department during 2006-08 and 2010-14.

Prof.Rao's field of specialisation is experimental rock mechanics and he has been working in this area since 1989. He has produced six PhD degrees and there are another 12 research scholars in the advanced stage of research under his supervision for their doctoral degree. He has to his credit published 30 quality papers in international journals and 30 papers in the international seminars and conferences. The milestone in his research is the publication of book on the Principles of Rock Drilling, published by A.A.Balkema, Rotterdam, Netherlands in the year​ 1999. Later this book was also published by India Book House, New Delhi. This book has given Prof.Rao an international acclaim in the field of Mining Engineering.

Prof.Rao has obtained INSA-KOSEF (Korea Science and Engineering Foundation) award and under this fellowship program he worked at Korea Institute of Geo-Scieces and Mineral Resources during 2003-04. Later he was also awarded Erudite fellowship from KIGAM (South Korea) in the year 2005. And he was appointed as a Visiting Professor at the Chonnam National University (CNU), Gwangju, South Korea in the year 2008. He served as a Professor in the Department Energy Resources Engineering at CNU during 2008-09. During his association with South Korea until 2012 he was invited on various occasions for delivering lectures in Seoul National University (SNU), Channam National University, Kangwon National University. He was also invited by the University of Adelaide, Australia for delivering lectures in mining engineering. Later in the year 2015, he was appointed as a Visiting Professor in the University of British Columbia (UBC), Okanagon campus by the school of Mechanical engineering.